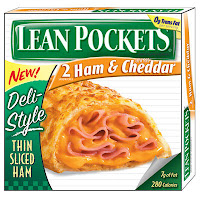 The Lean Pocket loving Slightly Exaggerated family members were not as fond of the couscous dish as they were of the Spaghetti Pie recipe on page 248 of The Urban Cookbook. This “English variation of an Americanised Italian” recipe took a little time to make but was certainly well worth it. Fry one large onion (chopped). Add 2 1/4 lbs ground beef. When cooked, add 1 large can whole tomatoes, 4 TBL tomato puree, 2 beef stock cubes dissolved in ½ cup water,4 cloves of garlic (chopped) a splash of red wine,4 tsp of Italian herb seasoning, salt and pepper to taste and enough water to cover. Bring to a boil and then simmer for 2 hours, adding some water every 20 minutes or so (keep it wet). Near the end, throw in a handful of chopped fresh basil. In another pot, boil 1 to 1 ½ pounds of spaghetti, leaving it slightly undercooked. Drain. In a third pot, melt a large pat of butter and 2 heaping teaspoons of cornstarch and mix into a thick paste. With heat quite low, add 2 cups of milk, splash by splash, whisking constantly to avoid lumps. Increase heat a bit and add ¾ pound grated cheddar and 2 teaspoons of mustard, stirring continually until thickened. (I also added a dash of nutmeg to this cheese sauce.) In a colander, pour boiling water over a large bunch of fresh spinach. Now assemble! In a large ovenproof dish, place a layer of spaghetti, a layer of meat sauce, 4 slices of Emmental cheese, a layer of spinach, and finally a layer of cheese sauce. Repeat. Sprinkle top with more grated cheddar. Bake at 375 degrees for about 25 minutes.
Posted by Melissa at 1:25 PM 7 comments: