I was 19 and the husband was 22. I was a college student. He was a submarine officer. I knew I wanted to be married. I was sure. 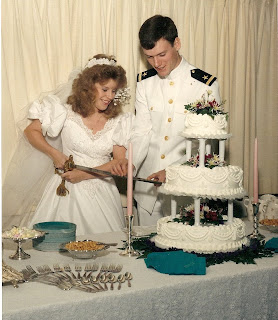 I don’t know what is going to happen tomorrow or next week or next year. I’m expecting some randomness and progression and challenges and changes. I do know this, however. Today, I want to be married. Today, I am sure. Today, I feel lucky.
Posted by Melissa at 10:08 AM 5 comments:

This is the extent of my Christmas decorating so far. 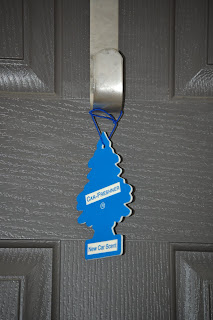 I’m a little behind.

My wreath will go up today. I promise. Really.

It has to. I’m the last one in the neighborhood to decorate. Most of my neighbors love to decorate and they are really good at it. They are always finding new and fabulous things to decorate their houses with during the holiday season. I love these lights that my neighbor and friend Lisa, the queen of holiday spirit, found this year. 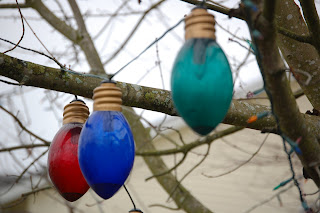 And this Costco wreath on her door is gorgeous. What Santa wouldn’t want to come to this house? 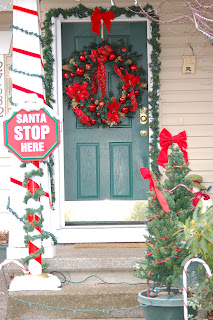 My favorite holiday decoration that I have seen in…perhaps forever…is this Christmas pig. After all, when I think of Christmas, I always think of spirited pink pigs with red scarves. Don’t you? 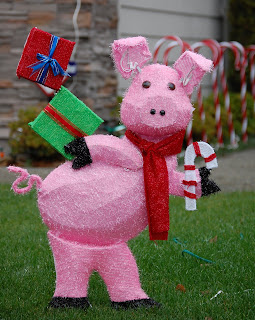 I love it because it’s different.

So this weekend, I promise, I’ll put up a few decorations. We’ll get a tree. I’ll get out the Christmas dishes.

The boy has threatened to run away from home and live with Lisa’s family up the street for the sole reason that they know how to celebrate. So because I wish to keep my children from running away, I will decorate. I promise.

And I might even get myself a Christmas pig.


One of my favorite, favorite musical styles is a capella. One of my favorite groups who sing a capella is the Nylons. In high school I wore out cassette tapes of theirs listening to songs like this. http://www.youtube.com/watch?v=sD-i6YvJTfE

However, I now have a new favorite a cappella group called Straight No Chaser. LOVE THEM!! In 1996 this Indiana University men's a capella group wowed audiences at every performance. Most of the original group is back together and is still fabulous. Look for their recent holiday album, Holiday Spirits.

Check out this most amusing "vintage" performance of The 12 Days of Christmas. This clip has had 8.8 million views on You Tube and is responsible for launching the second life of this group. You will love it. Guaranteed.
http://www.youtube.com/watch?v=2Fe11OlMiz8


My favorite clip of them however is the performance of their original theme song. You will love it. Guaranteed.
http://www.youtube.com/watch?v=d6Cit0pi--M
Posted by Melissa at 9:33 AM 8 comments:

As I drive though my town this holiday season I am greeting with wonderful and festive greetings on all of the business' reader boards.

A few daring businesses will post something such as, “He is the reason for the season!” or a even the recently offensive,“Merry Christmas!”

“Happy Holidays!” seems to be the safest and most common reader board greeting in the last few years. It’s all inclusive and minimally offensive. 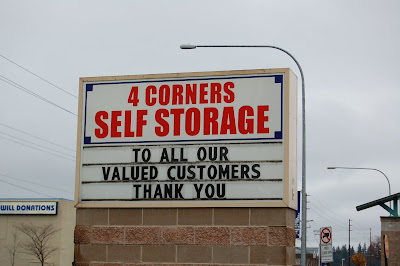 And then I turned the corner and saw the definitely not the safe route, back side of the reader board. 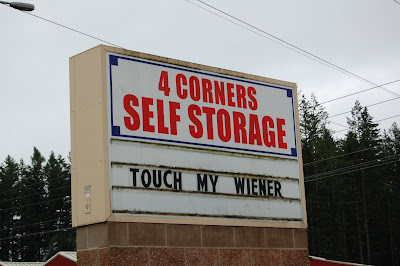 Now that’s one holiday greeting I definitely haven’t seen before.

The Lunch of the Month here at Slightly Exaggerated is most delicious and super easy. Spread some pre-made pesto on top of any type of flatbread. We are partial to tandoori nan, the Indian flatbread. Then top with grated mozzarella and chopped tomatoes. Broil until it looks good. Sometimes I'll fold it in half and put it in the boy's and teenager's lunches.
Posted by Melissa at 10:34 AM 11 comments:

I held him captive for almost a week before he managed to rid himself of me. I had my way with him and for that time, there wasn’t much he was able to do about it. I even thought we were growing closer.

He shrugged without feeling and said, “You’re welcome to join me in the garage.”

So, despite the cold and despite the funny smells, I grabbed a sweatshirt and wandered out to the garage. I sat down on the wooden step.

It didn’t take me long to realize my new power. He wasn’t going anywhere. He was my captive audience. It was my dream.

And because he grunted back at mostly appropriate times I knew he was listening. We were bonding. I was overjoyed. I knew we were growing closer to each other.

Soon though, he started to talk while he tinkered. He didn’t take long to realize his new power. He knew I wanted to be with him and that I wasn’t going anywhere. I was his captive audience. It was his gearhead dream.

So talk he did. He told me about rocker arms. He told me about flex plates. He told me about push rods and lifters. He overanalyzed things like gaskets and seals and timing. He under analyzed the many pretty colors I thought he should paint the car. He told me what horsepower he’d be bringing to the track. He talked about tenths of seconds and blowers and valve stem length and bolt patterns and fuel mixture recipes.

And because I grunted back at mostly appropriate times he thought I was listening. He thought we were bonding. And he was overjoyed because the whole time he was getting closer...to finishing the car.

He held me captive for quite some time. He had his gearhead way with me and there wasn’t much I could do about it.

I escaped my captivity when I went in the house to make dinner.

And of course, I also had to research paint jobs for a ’69 Camaro.

The next time I found myself sitting on that wooden step I told the husband all about pearls and metallics. I told him about ghost flames and fade aways. I told him about Chameleons and overlays and airbrushing. I overanalyzed the differences between black, galaxy grey, platinum, charcoal and titanium. He grunted back at mostly appropriate times.

And I just knew we were bonding.

The Reluctant Fundamentalist by Mohsin Hamid is a well reviewed book full of quietly approaching tensions and questions that arise somewhat unexpectedly. A young Pakistani man educated in America and living the American dream finds his life suddenly overturned in the wake of September 11. I found it to be an uneasy, smart book that might just have raised more questions than it answered.

And finally, after mucho peer suggestion, I have read Water for Elephants by Sara Gruen. I had been putting off reading this book for quite some time. I read very little fiction and had no desire to read a book about elephants or the circus or the early 20th century time period. I couldn’t have been more wrong. I could NOT put it down. I neglected the family for this book. I can’t believe I waited so long to read it. Major book withdrawal afterwards….sigh.
Posted by Melissa at 2:17 PM 5 comments: