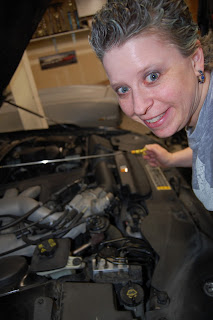 My husband thinks I am ignorant too. It is easier this way. When he starts doing laundry, I'll start popping the hood.

Thanks for the giggles! Love it ... Only in our house, I am more the "pop the hood" and my hubby, well... Tells me to go have someone check and change the oil... Hahaha ☺

You are such a gifted writer, still laughing! The hubbs enjoyed it too. So glad you're back bringing sunshine to our lives.
Hazel, (Jim's wife)